Unity (noun, singular): the state of being in agreement and working together; the state of being joined together to form one unit (Oxford Dictionary, 2021). This is the premise behind Unity Brew. A collaborative effort by Alberta's great craft brewers hits the shelves once again this fall.

Unity Brew is an annual event, organized by Alberta’s Small Brewers Association (ASBA), with breweries participating from all around the province. These brewers have a common goal of bringing the community together. They join forces year after year to brew a delicious and unique beer, using some of the best raw materials in the world.  The association behind this event is a group that not only supports but advocates for roughly 90% of the province's specialty brew crafters. This fundraising event is also an opportunity to collectively share knowledge, updates, and trends relevant to the industry, in the hopes of forging a strong, long-lasting brewing community.

- This Year's Unity Brew is Easy on the Eyes and the Palate! - 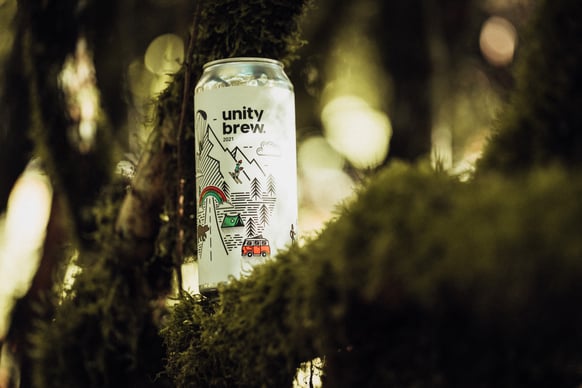 2021's Unity brew was cooked up by Alberta’s very own Grizzly Paw, who've concocted a delicious Session IPA guaranteed to knock your socks off! The brewery also just so happens to be celebrating a major milestone themselves; it's their 25th anniversary! So raise a glass to birthdays and IPAs, we know we will.

All proceeds from this year's beer sales will continue to go directly back to the Association and provide resources and education, to better support the growth of the industry. A portion of these proceeds will also go straight to the Diversity and Inclusivity Committee to support their efforts to educate other members in this area.

Summit is sponsoring this year’s Unity Brew and providing some fierce BOPP-ing labels through our For the Love of Beer Program. We are incredibly excited, (think kid in a candy store level) to give back and show Alberta’s craft brewing scene a little extra love. To get awesomely fierce labels (like the featured Unity Brew ones) weekly, try our beer program and experience the difference. It's label ordering, simplified. Want to learn more?

Lastly, join us in supporting Alberta’s craft beer gang by grabbing a pint of this year's awesome brew, or better yet, snag a 4-pack from your local liquor store.

The Session IPA will be available at the following retailers and taprooms: