What IS Fluorescent Colour?

Fluorescent colours are ultra-bright, bright colours that absorb and reflect more light than conventional colours. Kind of like looking directly at Beyonce; you can genuinely feel the glow (even without a light source!).

Where did Fluorescent Colour come from?

Alright, let’s talk neon and a bit of a wild teenaged story that turned into the invention of luminescent paint. Back in 1939, Bob Switzer, a teenager in Ohio, had an accident. His doctors advised him to stay in a dark room to recover (bummer, right?). He kept himself occupied by waving fluorescent minerals in the air, and thus glowsticks were born.

Well, not exactly, but it did inspire his later experiments where he mixed these minerals with wood varnish to create Day-Glo; the same technology was later used for high-visibility jackets during World War II and went on to become the basis of Flourescent Colour as we know it today.

The next big resurgence for neon came in the 1980s when hot pink and electric purple were the colours of the day. A stark contrast from the muted tones favoured throughout the 1970s. Then came the Acid House movement in the 1990s and the famous neon yellow smiley symbol with which club-goers adorned their clothes.

In the last few years, neon rave events have cropped up at universities and festivals, where attendees wear neon paint on their faces and bodies to achieve a psychedelic effect.

Painters, designers, and party-goers have embraced fluorescent inks for years to express themselves and make a statement. Whether it’s about fun and excess or identity, or rebellion, neon is closely linked to art, music, and pop culture.

A quick dip into Colour Theory

Fluorescent colours can adopt and sometimes amplify the traits of their original colours. For example, neon pink quickly takes on and electrifies the fun and playful characteristics of pink.

Their ultra-bright nature can also turn these traits on its head. For example, green is typically associated with growth and the environment, but make it fluorescent? And the artificiality calls to mind chemicals and tech. These colours would look right at home in the Matrix.

“Because fluorescent colours are bright, brash, and artificial, they haven’t always been associated with good taste. While muted tones tend to have a more chic and intellectual reputation, neon hues are affiliated with fun, frivolity, and excess. Links with fluorescent signage further cement neon’s connection with nightlife, clubbing, and cities after dark, particularly when combined with dark colours like black or midnight blue. Neon colours can also be associated with warning and danger, due to their use in high-visibility clothing and signage.”   Shutterstock.

So, what are fluorescent inks?

The traditional painters’ colour wheels that predate the 20th Century don’t feature neon colours. Invented through chemical processes and emitting light to appear fluorescent, they couldn’t be included on the wheel. That’s also why it’s difficult (if not impossible!) to achieve using standard print CMYK since the layering of coloured ink often dulls the final result.

So, to create neon colours in print, designers have turned to Pantone Spot colours–– like UFO Green and Plastic Pink (which were the fastest-growing colours in 2019, by the way). Until now, that is. We’re excited to announce we’ve partnered with HP to Beta Test the first digitally printed fluorescent inks in Canada!

Our brand new fluorescent inks contain highly saturated pigments that can absorb Ultraviolet energy and re-emit this energy within the visible spectrum. That’s a super technical way of saying they are super bright and glow under blacklight, perfectly mimicking fluorescent colours. We don’t have to tell those of you who grew up with Scooby-Doo (or a blacklight poster in your room, we don’t judge) just how cool that is.

Available in orange, yellow, green, and pink, these colours are ultra-bright and ultra-cool. Don’t believe us? Check it out for yourself and order a sample pack featuring the impeccable work by award-winning local artist Carson Ting. 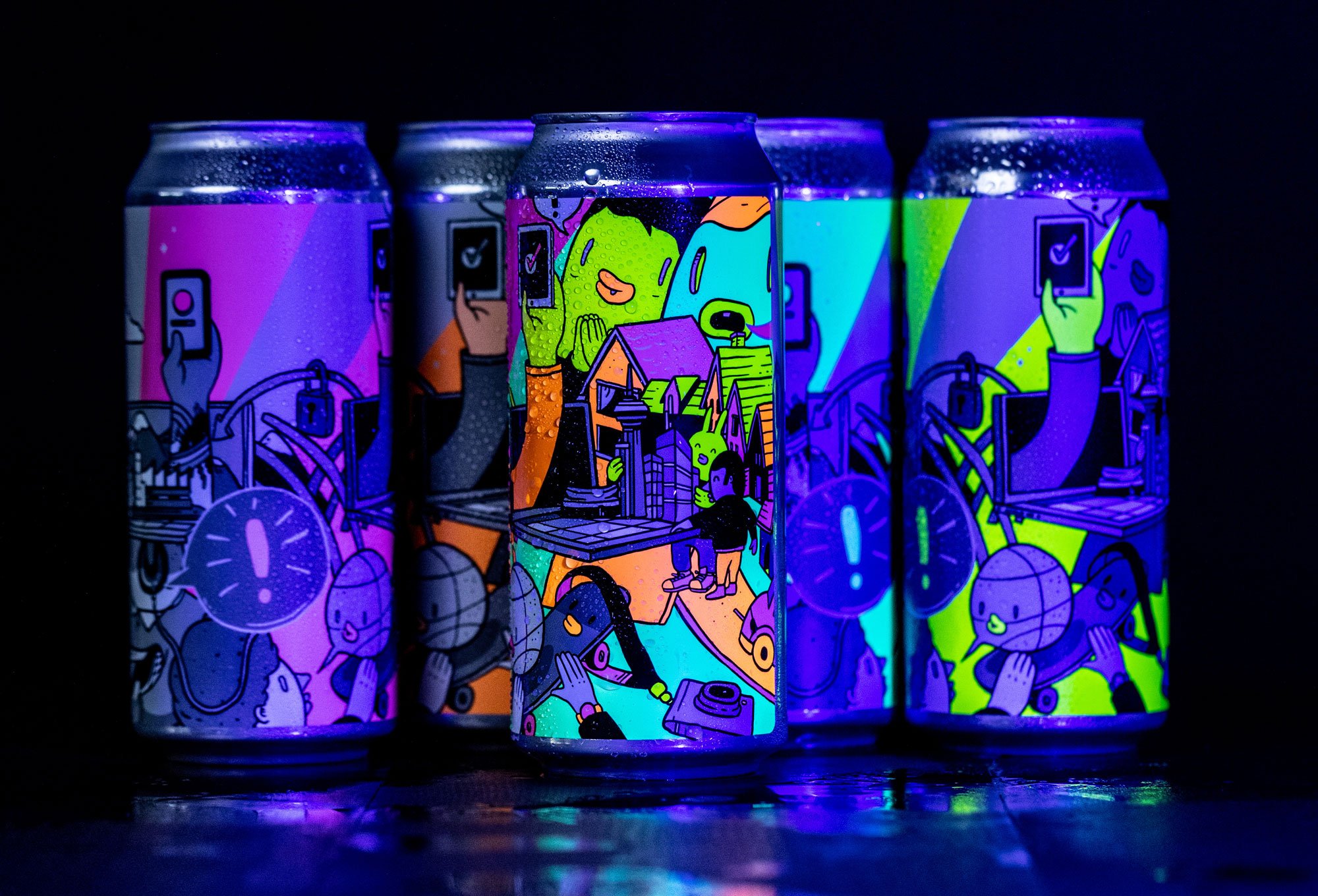 READY TO TRY IT OUT FOR YOURSELF?

Dive deep into designing with Fluorescent ink here, or reach out
to a Label Solutions Specialist to get started.